Good morning! December 29, 2011 nearing the end the year spending time with my baby sister whom I missed and love so dearly. Today is going to be a great day, I can see through the clouds that the sun will shine on us.I look forward to sunny days  during the winter months in BC. Today, is going to be that sunny day, cheers and a big smile with my cup of coffee.
This is one of the best weeks I’ve had since living in BC for 17yrs. We are having so much fun laughing, talking, going places around Vancouver. Everyday we wake up to green smoothies she makes and we also enjoy watching movies. Its been so much fun. I missed my babysister during all these years because she lives in another province and I rarely get to see her.
My niece, jenelle, her daughters, I met for the first time in years yesterday, which was a blessed gift. We laughed, as got caught up. Family is family and we treasure them with unconditional love and acceptance.
What a year I had in 2011, hollah!  At this moment, I will say it was confusing but with endless blessings, hmmm don’t know what to make of it right now.  I spent many hours in solitude down by the shore reflecting and praying.
At the beginning of 2011 in January 12 I had to deal with a diagnosis of breast Cancer.  The feeling was not of why me, it was more of a feeling that engulfed my entire being and body.  This feeling stayed with me all year.  I never believed that I had cancer; the doctor said I was in denial.  I still think he is wrong! So denial I'll be while I work at keeping healthy.


My Blessings in 2011
·      Life is valuable and precious and needs to be nurtured
·       Living moment by moment
·      Recognizing that happiness is not in wanting things but enjoying what I have
·       Moments with people is meaningful
·       Appreciate my life, it is a gift
·       Honoring life’s gifts
·      Seeing and recognizing people’s value
·      Self-discovery, learning to love myself
·      Discovering my inner strengths, it’s an ongoing process
·      Learning new skills like blogging, making green smoothies, and
researching how to stay healthy
·      Overcoming challenges with close family members in a healthy way
.     Staying positive is less stressful than worrying 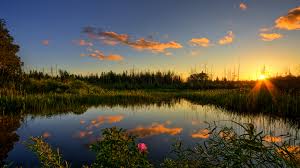 I'm on blogger how kool!  Thanks sis angelina you're awesome babysister, I love you.

Hmmm, well my fingernails are starting to have its natural colour back, damn it though I don't have any eyebrows and my eyelashes are falling out too. I was told that my hair was going to start growing back.  The worst part is the debilitating pain.  I dont know what's going on with the side effects of chemo treatments, oh my goodness!

I just came back from a nasty ugly angry place, I was fukin ugly to anyone who looked and talked to me like I was stupid or dumb.  I am not being racist I know these people thought I was dumb.   They kept explaining to me three times in a row when I asked them a  question. When  they clearly explained it the first time and I understood. Immediately they carried on a second time and then I said to him/her hey you just said that to me.  I understand and then again two times in a row.  I said it's four times now that you've repeated yourself.  I understand english!!!  With  their eyelids blinking quickly and a big sigh.   I get that look as if Im not suppose to talk back to them.  I was so mad and angry.  I felt like swearing and telling them not to be racist towards me.These are public relations people who are serving the public should know better, like Shaw Cable/Services, Pawn Shop, dumb asses. lol hahah.

Anyway, I know racism because I grew up with it. I can easily detected racists attitude by people's behavour towards me.  Yup, so that was me and people in society, fuk!  It is so frustrating. I felt like a minority in our own country, defeated.  I want to get out of this society that condones racism and live in the bush.
Posted by Rose at 11:14 1 comment: 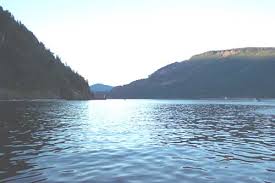 This is my first blog.  My sister angelina encouraged me to write of my journey which I think is a fantastic idea.  Everyone has a story and that story needs to be told because you never know who on this journey will be impacted in a positive way by your story.

My sister blogged about part of my story here and here.   I will be blogging about my hopes, dreams, expectations and experiences.  The picture above is of the water's edge where I currently live.  It is important for me to live close by the water because it gives me strength and peace of mind.
Posted by Rose at 12:44 1 comment: